Home for the Holidays Part II: The Soundtrack of the Journey

Our moving day was Wednesday, Dec. 3, 2010. We left Kalamazoo, MI, around 4 p.m. after the two moving vans had already headed east. Our first stop was with Stuart’s brother Hollis and his wife Marty in Ann Arbor. They toasted our transition with a champagne dinner. In the morning after a quick breakfast, they went to work and we set sail for I-94. Stuart drove the blue car, and I took the gold one filled with about a dozen house plants. Like so many green monks, they silently absorbed my thoughts and prayers.

Usually I listen to satellite radio when I drive on long trips. But for some reason, this time I didn’t turn the dial. Snow flurries  fell most of the way, making driving difficult along one stretch of the Pennsylvania Turnpike. But after we turned south on I-70 at Breezewood, PA, roads cleared again. The scene to my left was the first of many amazing landscapes. Instead of traveling through the mountains, as I did in western PA, I was driving alongside them.

I decided to listen to CD’s. It just so happened that my daughter-in-law Chelsea’s meditation mix was in the deck, and the song that filled the air was Leonard Cohen’s “Hallelujah” sung by Jeff Buckley. Chelsea picked it because it was one of Anthony’s favorite songs. I love the part about the “secret chord” in this song:

I’ve had many moments of fleeting mystical awareness in my life, but this time I soared for hours. None of this was pre-planned. The CD’s hadn’t been played in months, and I had no intent to play them as I drove. But every song seemed to speak to me. They all said, “Pay attention. This present moment is your life.” Many of the “inspired” songs on the CD spoke about a home far away–Willie Nelson’s “Unclouded Day,” for example, starts out: 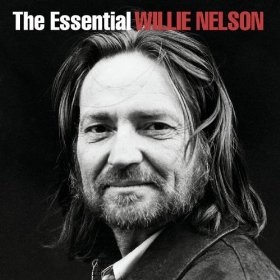 American gospel music loves to paint pictures of the beautiful life in the hereafter. Such yearning!

But not all the yearning lies beyond the grave. Some of it lingers in the here and now. Especially the longing to be close to one’s children. The classic “Calling My Children Home” would soften the hardest heart.

I first heard this song when Chanticleer sang it in Sauder Hall at Goshen College. Tears stung my eyes when I heard these words:

Those lives were mine to love and cherish.

To guard and guide along life’s way.

Oh God forbid that one should perish.
That one alas should go astray.

Back in the years with all together,
Around the place we’d romp and play.
So lonely now and oft’ times wonder,
Oh will they come back home some day.

I’m lonesome for my precious children,
They live so far away.
Oh may they hear my calling…calling..
and come back home some day.

The version I listened to in the car was Emmy Lou Harris‘–the last song on the mix album called “Shirley Inspired.” You won’t believe this, but the music ended just as the lights of Harrisonburg began to appear on the horizon. 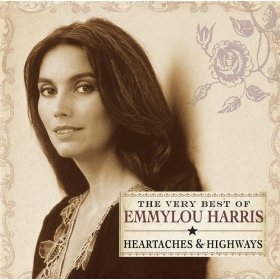 I was traveling home, toward my precious children and many other dear friends and relatives. But underneath the physical journey, I was aware of my spiritual journey which has now taken a new turn. Along the highway, speeding fast, I saw the landscape and heard the music of the home stretch.

16 Responses to Home for the Holidays Part II: The Soundtrack of the Journey